A romantic weekend near London for history lovers

This three-day break is packed with Tudor heritage, historic accommodation and timeless country walks, around an hour from London

If you love history, you’ll adore spending a long weekend immersed in the atmospheric castles and stately homes of Sevenoaks District. Tales of Tudor lovers, scenic country walks and delicious local food and drink make for a deeply romantic break near London.

You’ll need a car, but navigating the area’s hedge-lined lanes and parking at the various attractions is easy.

Day 1: Explore two historic houses in spectacular surroundings, and check in to your atmospheric accommodation.

Morning: Tourists have been visiting Knole for centuries – proof enough that it’s a great place to start your romantic weekend break near London. You’d best arrive early though, as this place is understandably popular!

The 600-year-old estate was originally built as an archbishop’s palace, and it’s said that the house has as many rooms as there are days in the year, as many staircases as weeks in the year, and as many courtyards as days in the week.

Knole’s attics opened to the public for tours for the first time in 2019. These forgotten spaces tell the secrets of Knole’s past residents through items that were never meant to be seen, from 17th-century letters discovered under floorboards to graffiti and witchmarks carved into beams. Climb the spiral staircase to the roof for panoramic views across Kent’s last medieval deer park, which is still populated by a wild deer herd and criss-crossed by walking trails.

Lunch: On your way to Hever Castle, stop for lunch in one of the charming cafes, restaurants and pubs in Sevenoaks town centre.

Afternoon: It’s easy to imagine King Henry VIII wooing Anne Boleyn at Hever Castle. The childhood home of Anne Boleyn is truly romantic, topped by battlements with a fluttering flag and surrounded by a moat. The landscaped gardens contain a 100-year-old yew tree maze. Inside, the panelled rooms were restored in the early 20th century by American William Waldorf Astor, and the castle’s Edwardian story is as fascinating as its Tudor and medieval heritage.

You can see Anne’s signature in her prayer books, and walk through Anne Boleyn’s bedroom and the chamber where Henry VIII stayed.

Dinner: Book a table at the King Henry VIII pub, close to the castle entrance in Hever village.

Stay: Check into Hever Castle’s luxury B&B. It’s some of the most romantic and historic accommodation you’ll find this close to London! Alternatively, try The Leicester Arms Hotel, once part of the Penshurst Estate, or elegant Starborough Manor near Edenbridge.

Morning: Hike the section of the Eden Valley Walk from Hever to Penshurst Place (or drive if you’re not staying in Hever).

Film buffs might know Penshurst Place from The Princess Bride, The Other Boleyn Girl and Wolf Hall, but it was built in the 14th century as a country retreat for the Lord Mayor of London. Since then, it has been a hunting lodge for Henry VIII, and the home of the Sidney family since 1552.

Start your tour beneath the 18-metre-high (60ft) beamed ceiling of the medieval Baron’s Hall. As you explore, you’ll see tapestries, suits of armour and the velvet stool on which Queen Victoria was declared Empress of India. The gardens are utterly charming, with a Union Jack flag made of roses and lavender and a 16th-century Italian Garden around a lily pool.

Lunch: Have a light lunch in one of Penshurst Place’s two eateries or The Leicester Arms Hotel in Penshurst village.

Afternoon: Ramble to the village of Chiddingstone, halfway between Penshurst and Hever.

Owned almost entirely by the National Trust, pretty Chiddingstone is one of England’s finest examples of a one-street Tudor village. Among the half-timbered buildings tilting over the cobbled pavement you’ll see what is thought to be the country’s oldest working shop. Once owned by Anne Boleyn’s father, it’s now a gift shop, Post Office and cosy tea room.

The name ‘Chiddingstone’ derives from the mysterious Chiding Stone, a large sandstone outcrop behind the village school. No one knows why it’s called that, but some say it was once a place to tell off nagging wives. From there, wander to the privately owned Chiddingstone Castle, a mock-medieval house with Tudor origins. It houses a fascinating collection of art and antiquities, and there’s a tea room, gift shop and antiques and second-hand bookshop, too.

Dinner: Before you walk back to Hever or complete the circular route back to Penshurst, refuel beneath the crooked beams of The Castle Inn.

Day 3: Drive to Westerham for brunch and a browse, then finish your long weekend in the company of Winston Churchill.

Morning: The thriving market town of Westerham has plenty to keep you busy for a morning..

Check out Quebec House, the childhood home of Quebec veteran General James Wolfe, or book a tour of Squerryes Court (selected dates only). The estate’s vineyard produces gold medal-winning sparkling wines from south-facing slopes that were first planted with vines by the Romans. You can also feast on exquisite seafood dishes at The Dining Room.

If hops are more your thing, take a tour of Westerham Brewery, which revived the town’s rich brewing heritage when it opened in 2004. The Tap Room is a characterful place to sample a pint, and there’s an on-site shop.

You could also browse Westerham’s array of independent antiques shops, boutiques and gift shops. Before you leave for Chartwell, don’t miss the statue of Churchill on The Green.

Afternoon: Chartwell, the country home of Winston Churchill for 40 years, looks as if the Churchill family has just popped out for a walk. A visit here is a peek into the private life of this wartime prime minister, writer, artist and speaker. You can see his desk arranged with framed photos, cigars and spectacles, and his garden studio filled with his paintings.

Keep your eyes peeled for Jock the cat. Churchill loved cats and his pet, Jock, was with him when he died. At the request of Churchill’s family, there will always be a marmalade-coloured cat called Jock at Chartwell.

Opening times of the various attractions mentioned in this romantic weekend break near London itinerary for history lovers vary throughout the year. Please check individual attractions’ websites before you visit. Entrance fees and parking charges will be incurred. Always check availability and book ahead for tours. 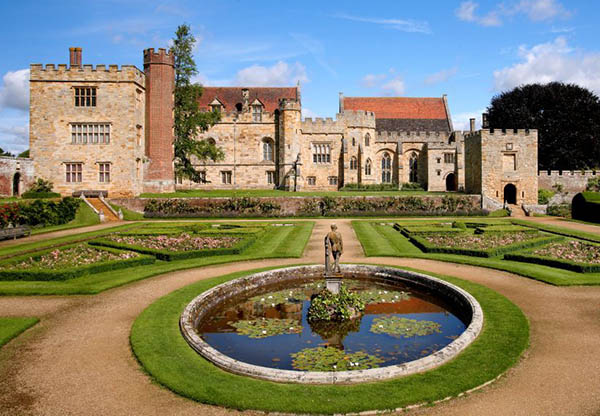 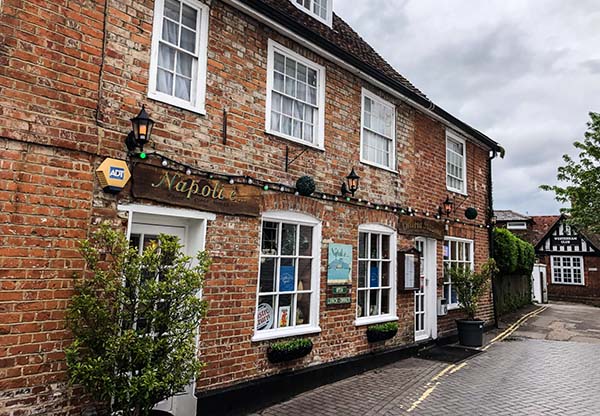 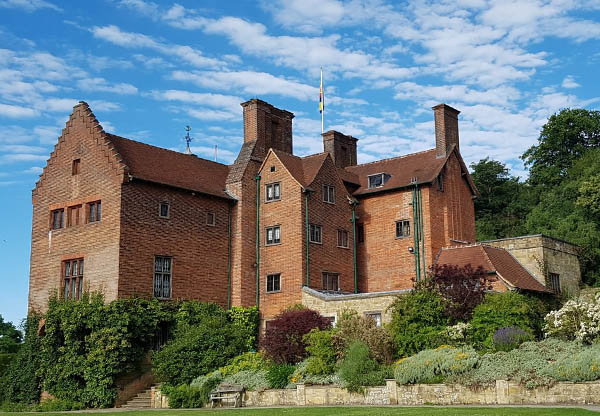 For more information please use the links below.